Lessons from My Mom's Heart Trouble 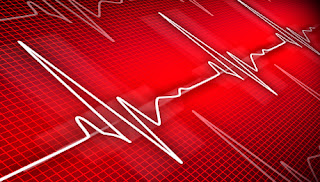 Those of you caring for sick or aging parents are on the side of the angels.

Recently, I got an itty-bitty taste of what you do 365 days a year.  My mother suffered a mild heart attack and had to have a stent inserted. My sisters and brother, bless them, had handled the crisis stage, but someone was needed at the family home when our mom left the hospital. Fortunately, my work’s as portable as a laptop, and I had airline miles squirreled away for just such an occasion.

One week ago, I’d have bet five bucks irbesartan used to be part of the Soviet Union. Now I know it’s a drug, better known as Avapro, for hypertension. I learned Coumadin is a brand name for warfarin, and Coreg is the trade name for carvedilol. Heart patients have to be conversant with the generic and brand names of their medications. Oh, and they must be prepared to rattle off the dosages, even when those dosages change every 48 hours. (For “heart” patients, substitute “cancer” or “stroke” or whatever illness your aging parent is battling.)

Pre-trip, I imagined my mom would get lots of rest while I made nourishing soups and fetched her library books. To my surprise, her cardiologist required her to show at his office every two days for Coumadin checks. Hoo! Visits that frequent would rachet up the heart rate and blood pressure of the calmest souls among us. Sadly, those who’ve learned they can’t trust their heart to beat on schedule aren’t calm at all. They’re filled with anxiety, which is bad for their health.

My mom has four children to tap for rides to doctors’ offices, prescription pick-ups, grocery shopping and other errands, but how do patients who don’t have family nearby and/or friends who still drive cope?  All of a sudden, Jim Bob and Michelle Duggar of 19 Kids & Counting reality-TV fame look like savvy, plan-ahead types.

It’s tougher than I expected to keep up with instructions passed on by doctors, nurses, and medical technicians. Although my mother and I listened intently and thought we understood everything, we later had questions. How do patients who aren’t fluent in English, have dyslexia, are in the early stages of dementia, or merely confuse irbesartan and Uzbekistan cope?

If we standardized the names of medications, we'd trample over brand names and irk manufacturers, but patients' confusion might ease.

The British TV series Call the Midwife reminds us that in 1950's London, nurses attended to at-home births, traveling from place to place via bicycle or motorbike. In rural America today, visiting nurses are impractical due to distances, and nurses carrying drugs anywhere would, rightly, fear for their safety. A Call the Med Tech movement, however, would allow for in-home medication checks and blood-pressure readings.

The cost of medical care is one hurdle for sick Americans. Getting to the doctor or hospital, keeping multiple medications straight, and taking those medications as directed are others.

Number one lesson from my week with Mom?  Bette Davis was right when she said, “Getting old isn’t for sissies.”
Posted by Pat O'Dea Rosen at 7:14 PM

Both of my parents went through this in recent years, and neither had any help other than each other, me, and my brother. It's the one way in which I feel a little bad for choosing to have only one child, but there are no guarantees - my mom has a brother, but he had a bad stroke at age 47, so instead of helping with my Grandma, he was one more worry for her! Hugs to you and here's hoping they get your mom's meds and condition under control soon!

Sorry to hear about your mother, Pat. Even younger people can have problems keeping medication straight, especially after a major incident or surgery.

Hang in there. Hope she recovers quickly!

Hope your mom is feeling better, Pat. I agree completely with you that the Duggars have their old age covered! The last time my mom got sick, it was a relief to know that my sisters and I could attempt some kind of balance with the worries. Wishing you the best!

Among my many talents is that of a sole caregiver for my elderly mother (92+). Thanks for acknowledging what a difficult job it is 365 days a year. I don't have any help from siblings either and frankly sometimes its difficult to fight the corrosion of resentment that I feel sometimes. Hope I don't sound too selfish. Besides physical problems the elderly also have to deal with emotional, psychological and social issues as well.

Was it Bette Davis who said that getting old was not for sissies? I always thought it was Katherine Hepburn, but I could be wrong.

Hope your Mom gets better soon!

Pat, It's hard to watch your parent age and run into physical issues. I hope your mom is recovering well and that she's back to her old self (sans doctor appts!) soon. :)

Hi, Jennette,
You're right. There are no guarantees, and you could have half a dozen kids who, because of work, live on the other side of the country.

My mom now has a week between Coumadin checks, so things are looking up. Thanks for your kind thoughts.

Hi, Lark,
It's a jolt for someone who's used to taking nothing more than a vitamin to be confronted with multiple medications. You're right, it's hard to cope at any age.

My mom's getting better. Thank you!

I don't envy the Duggars their college-tuition payments, but they DO have their Golden Years covered.

Thanks for the well wishes.

Thanks for the kind thought, Patrick!

I'm sorry you're the sole caregiver for your mother. You have more than your fair share of burdens. I thought of you during my mother's check-up at the cardiologist's office because I realized if I hadn't had the cochlear implants, I'd have been of no help responding to the doctor's questions about medications. I don't want to nag you, but, looking forward, I wish you'd consider one implant.

You don't sound selfish. Caregivers need to vent in a safe place. You're doing important work.

Take care of yourself. Please.

My mom's so much better. Thank you, Sheila!

From time to time, I remember the story of your mother-in-law commandeering the car at Wal-Mart and evading you and her husband. The memory makes me smile.

Hope things are getting easier for you and your Mum now. I'm lucky I haven't had to face this yet, particularly as my parents live interstate. I'm crossing my fingers for their good health, because I really don't know how they will manage on their own. :( Bring back mobile nurses - it seems so much more humane!