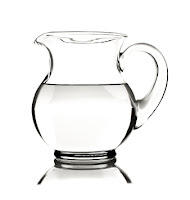 Last Saturday morning, I trimmed the ivy on the front of my house, went to Zumba, and walked two miles at the nearby park. That afternoon, I finished writing a chapter and emailed it to my critique partners. Then I cooked. That evening, Hubs and I watched an episode of Homeland via Netflix. It was an everyday, average Saturday.

On Sunday, I woke up before dawn because my insides boiled and bubbled. Ow! Ow! Ow!

Dr. Google, who's always at the office, seemed to think I'd contracted the Norovirus and advised drinking lots of water. He/She promised the worst would be over in 24 to 48 hours.

Who can't manage a rambunctious stomach for 24 hours? (I conveniently disregarded the number 48.) I resolved to do the stiff upper lip thing and tough it out. Mercifully, I slept a lot, and who's not resolute in sleep? Alas, at nine or ten p.m. that night the worst round of vomiting defeated me. I curled into the fetal position on the bathroom floor, and mumbled, "Help me. Please Help me."

I looked up, and there stood my husband, scared out of his wits.

Notes to self: 1.) The "Keep Calm and Carry On" routine works best when one does, in fact, keep calm and carry on. 2.) If there's a next time for this stomach virus (and I pray there isn't), I'll drop more hints alluding to misery. Apparently, the many naps, multiple trips to the bathroom, and sweater on/sweater off routine didn't do the trick.

Happily, the old saying "The darkest hour is just before dawn" proved true, even on what was the second day of daylight-savings time 2013. Speaking of which, I like to think the clock change shortened my ordeal to 23 hours. (Don't try to convince me otherwise; I need to believe.)

I'd pronounced myself cured days ago, but last night at dinner, my husband mentioned he'd had a Reuben sandwich for lunch.

I thought of England.

Hope you're feeling better - 0nce heard that ginger ale and crackers were good for a stomach virus.

I'm also quite useless in emergencies and probably would have responded in the same manner as your husband.

If it keeps up - see a Doctor.

The only good thing about a bug like that is that it really doesn't last very long. It just feels like weeks. I hope you're feeling much better. (Don't think about sauerkraut.)

Hi, Patrick! I feel so much better. What a relief.

Crackers and ginger ale would have helped. Good call. See, you wouldn't have been useless in an emergency.

You had to mention sauerkraut, Kay.

Ugh - I hope your husband didn't get it! Glad you're feeling better.

Hope you're feeling better. My daughter got that virus while we were on a cruise. Ugh. So bad. I feel for you, Pat! Hope you're back to Zumba in no time!

Hi, Jennette,
Hubs has avoided the virus. I swabbed surfaces with bleach and laundered everything earlier this week, so I think he'll escape unharmed. Ugh is right.

Coleen, when I'm sick, I want to hibernate in my own cave, so the thought of being sick on a cruise ship coats the situation with an extra layer of ick. And when I think of the ship rocking, my stomach does a slow roll. Your poor daughter!

So sorry to hear you were sick. Stomach viruses are so horrible! Hope you're feeling better.

Hi, Lark! Once I discovered I'd lost a pound, I felt lots better.