ALTER-EGO EXERCISE: When All Else Fails

We're delighted to welcome my good friend and critique partner, Sarah Andre, as our guest blogger today. Sarah began writing contemporary romantic suspense novels in 2005 and joined RWA in 2006. She has been a finalist in multiple contests including Lone Star, Fab Five, Sheila, Finally a Bride and 2011 Golden Heart. In 2009 Sarah signed with a NY Literary Agent who is currently shopping her manuscript" "Locked, Loaded and Lying." 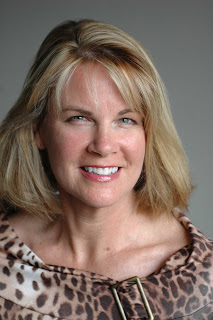 Isn't it amazing how different strategies work for different people? I enjoy the way exercise feels and how it levels me out when I'm upset or stressed. I HATE running, though, and always have, so maybe your nasty playlist would spur me to aggressively attach the track at Memorial Park. Or maybe it would just inspire me to buy muscle shirts and leathers.

But certainly no one can argue with your success!

Sarah, what an inspiration. Thanks for sharing your story.

Thanks Lark and Lena!
I figure by the looks on the faces of Olympic sprinters, they aren't dredging up memories of Christmas festivities. Maybe where I need anger others just need intensity. (Think Gatorade commercials..)

Hmm. I've never tried letting my anger out. I could focus on what it feels like after I've spent 3 hours cleaning the house and someone...leaves...their toenail clippings...on--the--COUCH!!! "OMG, can't you use a *freaking* wastebasket like a human being...!!!" Or doesn't wipe the toilet seat after using it (and I sit DOWN ON IT...!!)

(I live with teenage boys. You get the picture.)

Tapping into your anger is a great writing strategy, too!

Love it, Sarah! When I spar in Kung Fu, I can feel that anger coming out. Nothing ticks me off more than getting hit. Just have to control it so I don't lose focus.

I HAVE to work out or I feel twitchy, but especially when I'm stressed or upset. Nothing clears the knot in my chest like a good, hard run. I also tend to get story ideas/fixes when I run, so bonus. ;-)

Congratulations on finding what works for you, and on your amazing and sustained weight loss! You know I'm going to have to start calling you Fierce now, right?

Not only do i tap into anger when I run, but I find it's a wonderful thing when I'm writing and it's not going well. I too listen to awful, hard music during exercise, but it also works great when I need to get some kind of emotion down on the page. I'm always shocked at what comes out, but not as shocked as my family is when they look at my playlist!

That was great! Sometimes I think about the time I waste sitting on the couch and sometime I forget how good it feels to let loose!

Love it, Sarah! I find it so hard to get motivated to exercise, and stay motivated once I'm doing it. Six years ago I lost nearly 60 pounds and in the last year, a few have crept back. It's time to acknowledge I need to work for it if I want to stay healthy. I'll try this for my next workout!

Oh good, my Kiss and Thrill blogger friends know what I'm talking about...I was afraid I was reeeeeaaaally weird!

Only tried in once for writing a scene...it's so rare for me to be angry with my husband (seriously, he's such a gentle soul) but that evening I sat on the couch fuming and writing. Ended up with one of the best arguments beween hero and his brother ever.

Thanks for all your comments, guys!

I tamp down anger way too often but get a secret thrill out of throwing punches and kicking--in a controlled environment. For the next few days, I'm going to tap my anger and shout "No," at (almost) everyone who asks me for the tenth favor in a row.

Congrats on your weight loss--and acknowledging your anger.

Wow, I think I need to develop an alter-ego! I'll have to give it some thought. I've been letting this cold snap keep me inside. Maybe I need to get some of that plastic underwear that's all the rage with competitive skiers. Sarah, have you heard about Tina Maze? Congrats on channeling your inner fierceness!

Tap into your anger--that's great!! I will remember that when I'm getting tired--with anything I suppose :)

Pat, if I ever hear you shout NO to someone I'll have to name your Alter Ego for you too!

WOW! Plastic underwear. And how in the heck did FIS find out about a skier's underwear in the first place??

I bought something called Hot Pants (from England), they look exactly like regula workout shorts but it's guarenteed to make you lose inches while working out because of the new fabric invention.

All I know is my skin can barely breath so I sweat significantly more in them. Maybe it's the same the skiers are wearing!

Thanks for stopping by Coleen,

Yeah, when I'm tired that's where the horrific music comes into play the most. I stand on that treadmill sticking my earbuds in, exhausted and totally unmotivated. I compromise and think "today I'll just stroll."

Then I press 'play' and the second some singer is primal screaming and the drums are thumping there is absolutely no way I can walk. I've tried, LOL!

Wow! Now that's a whole new technique as far as writing goes. Very interesting. The next time I'm super ticked off, I'll have to give it a shot! I hope it works!

Great blog Sarah! I'll have to give it a try. I think my spy is my alter ego already. She does everything I wish I was doing -- including staying slim.

Thanks for sharing such a vulnerable issue.

Ooh Sarah, I never thought about reaching down deep and bringing up old pent-up anger during exercising. That's really interesting. Who doesn't have a little of that hanging around, eh? I'll have to remember to give that a try the next time I get on my eliptical. Thanks. Let's get rid of it, I say! :)

such a good post, but I'm not sure I could let my anger out. I have a real fear that if I let it out I won't be able to contain it ever again. I wonder what it would be like?

Guess I'll have to try that. I have always watched shows like Buffy, where the girl kicks a**, and wanted to do that myself. But, kickboxing or martial arts is slways a high price activity, and my gym is just 30 bucks a month unlimited. So, I lift weights and use cardio machines. I try and use fun to motivate me. When my music is on, I'm not at the gym anymore, I'm on a dance floor somewhere shaking my money maker and having a great time.

Love this post, Sarah! Yes, girlfriend, I will tap into Anger... and her sisters: POWER and FOCUS and "I'm a force of nature!"